That headline might be a little aggressive. However, as the data on the 2017 housing market begins to roll in, we can definitely say one thing: If you are considering selling, IT IS TIME TO LIST YOUR HOME!

The February numbers are not in yet, but the January numbers were sensational. Lawrence Yun, Chief Economist for the National Association of Realtors, said:

“Much of the country saw robust sales activity last month as strong hiring and improved consumer confidence at the end of last year appear to have sparked considerable interest in buying a home. Market challenges remain, but the housing market is off to a prosperous start as homebuyers staved off inventory levels that are far from adequate…”

And CNBC says consumer confidence in the economy is fueling the market:

“U.S. home resales surged to a 10-year high in January as buyers shrugged off higher prices and mortgage rates, a sign of growing confidence in the economy.”

With demand increasing and supply dropping, this may be the perfect time to get the best price for your home. Let’s get together and discuss the inventory levels in your neighborhood to determine your next steps.
There is no doubt that historically low mortgage interest rates were a major impetus to housing recovery over the last several years. However, many industry experts are showing concern about the possible effect that the rising rates will have moving forward.

In a recent study of industry experts, “rising mortgage interest rates, and their impact on mortgage affordability” was named by 56% as the force they think will have the most significant impact on U.S. housing in 2017. If rising rates slow demand for housing, home values will be impacted.

To this point, Pulsenomics, recently surveyed a panel of over 100 economists, investment strategists, and housing market analysts, asking the question “In your opinion, at what level will the 30-year fixed rate mortgage rate significantly slow home value appreciation?” The survey revealed the following: 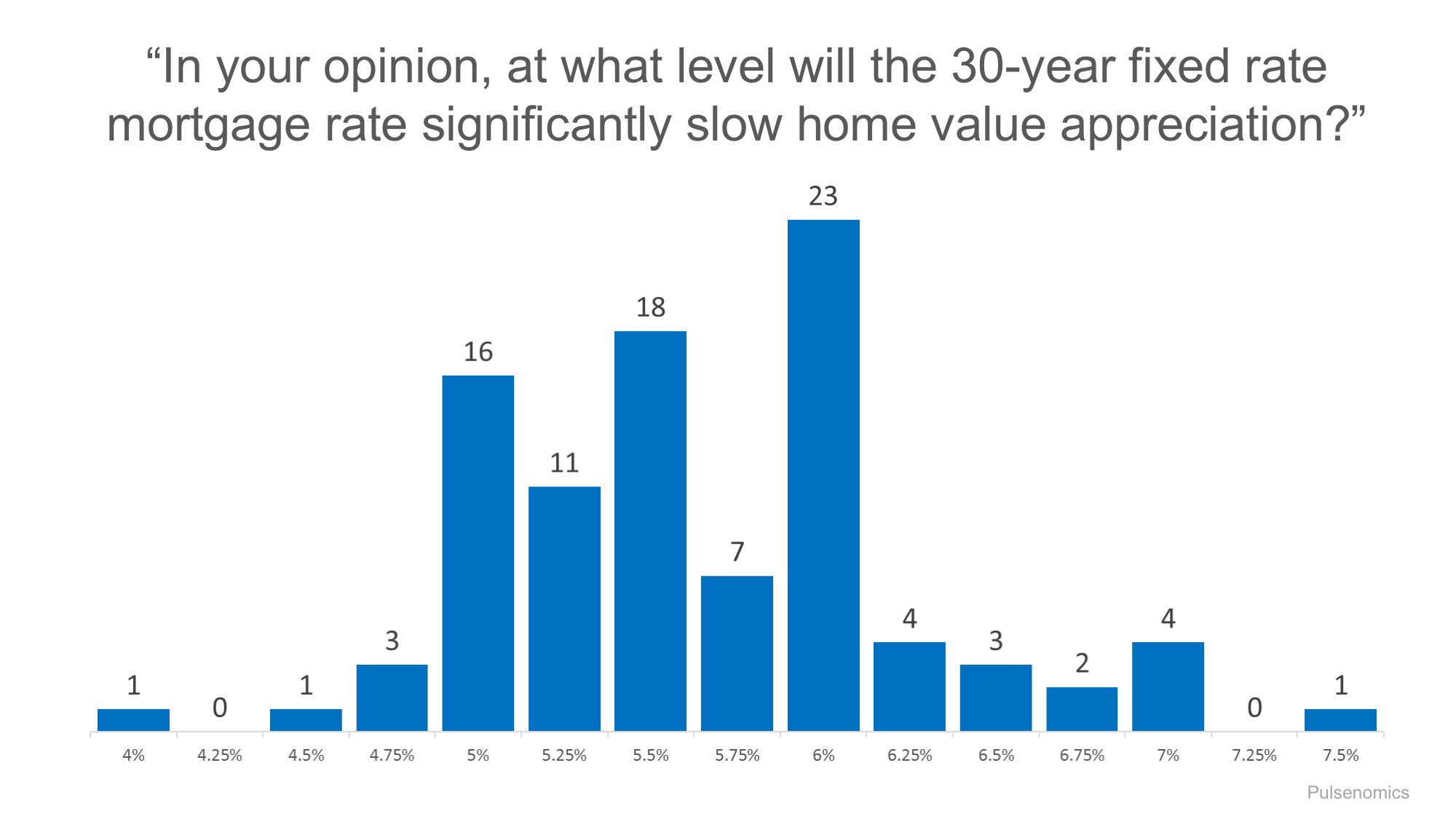 Most experts believe that rates would need to hit 5% or above to have an impact on home prices.