More Americans Chose to Own a Home Than Rent.

The biggest challenge to today’s housing market is the shortage of housing inventory for sale. A normal market would see a six-month supply of homes for sale. Currently, that number is below four months. This is the major reason home prices have continued to appreciate at higher levels than historic averages.

The good news is that builders are now starting to build more homes in lower price ranges.

Builder Confidence is Up

The Housing Market Index from the National Association of Home Builders (NAHB)reveals that builder confidence increased last month. HousingWire quoted NAHB Chief Economist Robert Dietz about the reason for the increase in confidence amongst builders.

Builders are Meeting the Needs of Today’s Purchaser

Builders are not only jumping into the market – they are doing a better job of matching current demand. The Wall Street Journal recently reported:

The WSJ article went on to say:

“Home builders are beginning to shift their focus away from luxury homes and toward homes at lower price points to cater to this burgeoning millennial clientele.”

The graph below compares 2016 to 2017 new construction sales by price point. As we can see, builders are slowly beginning to shift to prices more favorable to the first-time and non-luxury buyer. 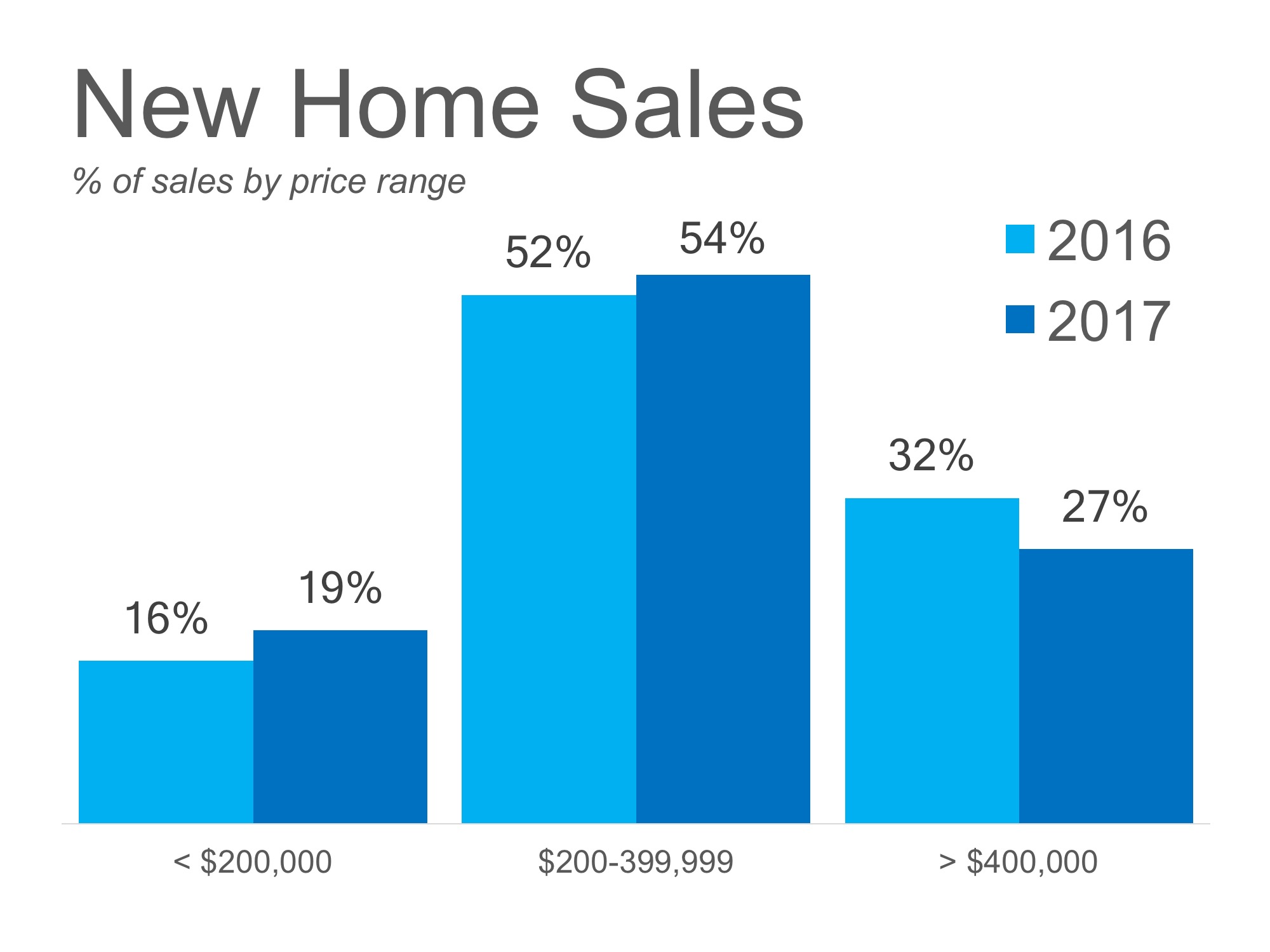 There is a drastic need for a larger supply of home inventory to meet the skyrocketing demand. Builders are finally doing their part to help rectify this situation.
According to the latest report from the US Census Bureau, more Americans chose purchasing a home over signing a lease to rent in the first quarter of 2017. This marks the first time since 2006 that the number of new homeowner households outpaced the number of new renter households.

Of the 1.22 million new households that were formed in the first quarter, 854,000 were new-owner households making the jump straight to homeownership rather than renting first.

That means that the homeownership rate amongst new households was 70%!

A recent Wall Street Journal article pointed to the uptick in first-time homebuyers coming to market as a reason for the jump:

“The return of first-time buyers is accelerating. In all they have accounted for 42% of buyers this year, up from 38% in 2015 and 31% at the lowest point during the recent housing cycle in 2011, according to Fannie Mae, which defines first-time buyers as anyone who hasn’t owned a home in the past three years.”

Ralph McLaughlin, Trulia’s Chief Economist, had this to say about what a bump in new homeowner households could mean for the housing market:

“Strong renter household formation is one of the reasons why the homeownership rate has continued to drop since the onset of the housing crisis, so any sign this trend is reversing is something to take note of. We look forward to future releases of these data to determine whether this is a statistical blip or a trend.”

As more and more potential first-time buyers realize their ability to buy a home without having to rent first, not only will the homeownership rate benefit, but so will the overall economy.